Attorney Alan V. Edmunds has been representing clients throughout the United States on Military matters for over 40 years. In many cases he has received National recognition relative to the defense of Military clients and Courts-Martial.

Mr. Edmunds has been featured in numerous newspapers throughout the United States and appeared on national TV relative to his representation of defendants in Military cases. Mr. Edmunds has represented individuals from the Army, Navy, Marine Corp, Air Force and Coast Guard. If you have a question concerning Military criminal charges or administrative discharge matters, please don’t hesitate to contact Mr. Edmunds.

Our divorce attorneys in San Diego have more than 40 years of combined military law and family law experience.

Military law charges are very serious. Often the Military Courts impose a much harsher sentence for the same or similar type conduct that could occur in a Civilian Court. The Military Judicial System is uniquely different and active duty personal should be aware of the serious nature of charges that are brought in a Military legal system. Active duty individuals are provided detailed Military Defense Counsel free of charge. Many individuals choose to hire a civilian attorney with Military law experience, in addition to utilizing Military Defense Counsel. Each individual has an absolute right to hire their own civilian counsel in a Military law matter.

If you have questions about Military charges, don’t hesitate to contact our San Diego military law attorney. We have been helping men and women in uniform confronted with Military legal questions for over 31 years. 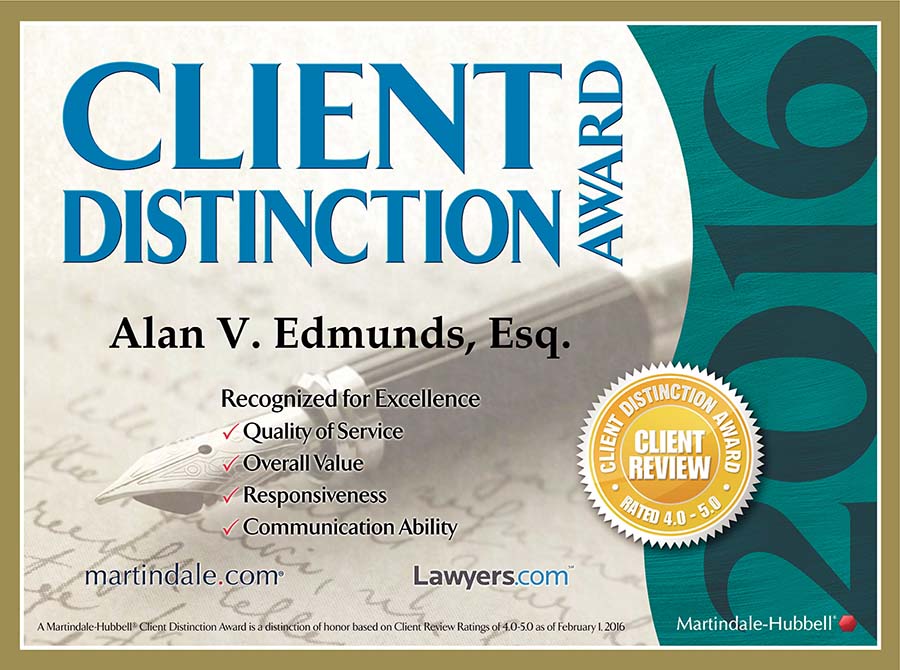 The Edmunds Law Firm received notice of a favorable decision on a case involving a civilian Physical Scientist who appealed an adverse decision that would have terminated his employment. Attorney Alan Edmunds has been helping Military and Civilian clients with employment actions on military bases around the globe for over 40 years. His knowledge is very specialized and his experience has gained him a reputation around the world as an aggressive trial attorney.

Alan Edmunds has over 40 yrs. experience in Military Law and National Security Clearance Law. He is a recognized subject matter expert for media in the United States and was recently featured in a Newsweek Magazine article about Security Clearance problems in the White House.

In this case our client had 6 years of excellent service with the Federal Gov’t. He had experienced difficulties in the work place. He had been suspended on one prior occasion.

Attorney Edmunds and his staff of experienced legal professionals filed an Appeal to the initial ruling and included numerous exhibits. A legal brief containing argument was also submitted that was over 20 pages in length.

In a written decision – the gov’t agreed with Attorney Edmunds and reversed its earlier decision. Our client was restored to his job and his career was saved. If you need help – call Attorney Alan Edmunds at 800 481 2526 or visit our web sites at nationalsecurityclearances.com or alanedmunds.com for more information. The Firm has an A+ rating with the San Diego BBB and works hard for our clients to achieve goals. Mr. Edmunds is known as ” The Best Military Lawyer ” and the Best Security Clearance Lawyer” by his clients. Don’t risk your job and your career – remember, “Experience Makes the Difference.”

Attorney Edmunds record of appearances is kept on the official gov’t web site at DOHA.