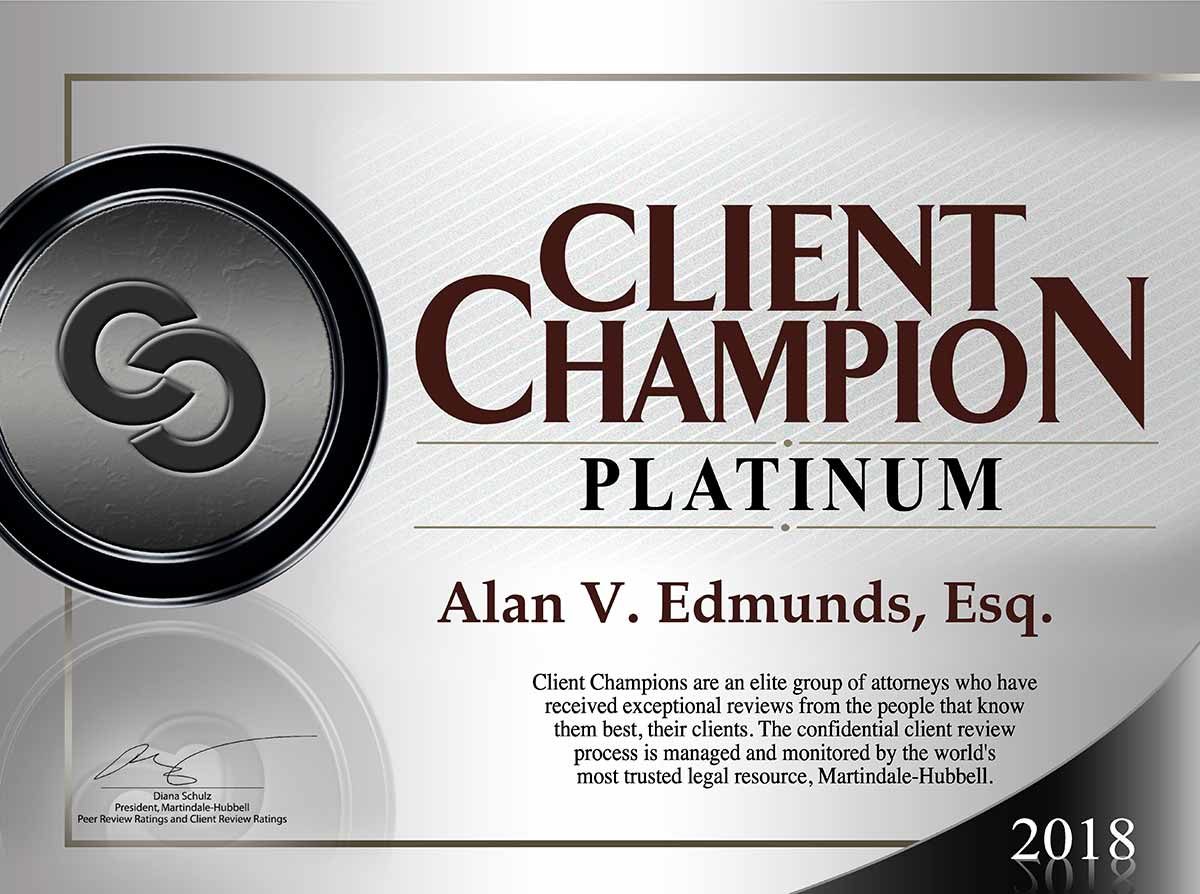 The Edmunds Law Firm, one of San Diego County’s foremost family law firms, has been helping San Diegans for 40 years. Our senior partner, Alan Edmunds, has litigated some of San Diego’s most complex family law matters. Mr. Edmunds and our staff of attorneys have frequently handled matters of child custody, move-away cases, property division, litigation, and mediation. We can litigate anything from the most straightforward divorce to the most complex divorce case, one involving issues such as child abuse, spousal abuse, division of sophisticated community assets, and issues of fraud.

While the reputation of The Edmunds Law Firm in San Diego is rooted in our litigation skills, our attorneys are also proficient at mediation and settlement negotiations. Our attorneys approach cases first from the perspective of exploring a settlement or informal mediation. If it is clear that those options are not available, only then will our law firm prepare for litigation. Many people hire family attorneys who have experience settling a case out of court, but who are totally uncomfortable in the formal court room environment. This will never be a problem here, as Mr. Edmunds handpicks the attorneys at The Edmunds Law Firm for their litigation skills.

What Are the Child Custody Laws in California?

Helping Divorce Clients Around the World

Dozens of 5-Star Reviews from Clients

A Record of Favorable Decisions in Divorce Cases

“Thanks very much for taking care of this case in a timely manner. Also, I appreciate the patience you showed during key times.” -Family Law Client

“Highly Appreciate. You all are true Blessing for my daughter and I.  Thank you!” -Family Law Client

The National Marriage Project’s “State of Our Unions 2005” statistics show the divorce rate in the United States is down. Despite the decline in divorce rates (which is partly attributed to a decrease in the marriage rate and an increase in cohabitation), nearly half of all marriages will still end in divorce. San Diego family law has jurisdiction over divorce and legal separations, domestic partnerships, domestic violence restraining orders, and child custody and visitation; as well as establishing paternity or parental relationship, nullity, child and spousal support, and Marvin actions.

The decision to divorce begins once the initial papers are filed, and any relevant issues must be resolved by default, agreement, or through contested court proceedings prior to when the dissolution is completed and the necessary paperwork and fees have been prepared and filed. Our San Diego family lawyers are able to represent a client through all stages of the divorce.

Mr. Edmunds is not only a leading San Diego divorce attorney, he is also a leading North County divorce attorney who has helped clients during the most tumultuous times in their lives. He has also trained other attorneys and taught law in San Diego colleges.

San Diego family law now recognizes gay and lesbian couples raising children together as lawful parents. The California Supreme Court unanimously decided in August 2005 that same sex couples are considered lawful parents: meaning that should the couple break up, they must provide for their children like any other divorced couple.

According to the high court, California’s custody and child support laws which hold absent parents accountable also apply to estranged gay and lesbian couples who have used reproductive science to conceive. The Supreme Court also applied past decisions involving heterosexuals who conceive children through artificial reproductive science, as well as other areas of family law that were once reserved for mothers and fathers.

Best Interest of the Child

Family laws are geared to be in the best interest of the child, but for same sex couples that did not adopt, children were left unprotected as opposed to a straight relationship that does not require adoption. In the past, California case law stated a child couldn’t have two mothers, leaving the non-biological parent out in the case of a breakup. However, the ruling extends San Diego family law to consider same sex parents as a real family and require their children to have the same needs as straight families. The change in San Diego family law is significant, especially considering the 2000 Census that shows more than a million children being raised by same-sex couples in the United States.

If you’re looking for a San Diego divorce attorney, do not hesitate to consider utilizing vast experience and training of the attorneys at The Edmunds Law Firm. Call 800.481.2526 or request your free consultation online today.

Expert Advice From Our Lawyers

Military Upgrade: Do or Die

Questions to Ask Before Hiring Your Encinitas Divorce Lawyer

If you are considering filing for divorce, you might not know where to turn

Moving to another State with Your Child after Divorce

Spousal support is a key part of most any divorce, as it helps the

3 Benefits of Prenuptial Agreements You Might Not Have Known

If you have heard about a prenuptial agreement, then odds are you have probably

Most states have their own definitions of what constitutes a particular criminal charge. Domestic

At The Edmunds Law Firm, we have people come in day in and day

How to Prepare for Your Divorce in California

Do you have goals in life? Then you no doubt have heard that one

False Allegations of Rape to Tamper with Child Custody Disputes

The Edmunds Law Firm is privileged to represent not only San Diegans but also individuals from across the United States who have family law issues involving San Diego, as well as military personnel around the globe who are involved in family law litigation in San Diego.

It is not required to hire a San Diego family lawyer, and some people choose to represent themselves. But when property and children are involved, this can be risky. If the spouse has an attorney, it can be especially difficult to represent yourself adequately. The smallest mistake can end up being extremely costly. If you seek the expert legal advice of a San Diego family lawyer, this will ensure that any and all questions are answered and that you are aware of your rights.

There is no substitute for experience. Get the exceptional legal support you deserve when you call 800.481.2526 or request a free consultation online today.